We looked at the genetics of animals in order to breed for the best traits. We learned about mitosis, meiosis, pedigrees, and inheritance. My project does really have a specific base, other than I wanted to see if there was a correlation between the cost to spay/neuter animals, affects the rate of euthanasia in Colorado. I sent out a survey to staff and students in my school, and asked them a few simple questions. I used data from this, and the large amount of research I did to conclude, that there is a direct correlation between the two. 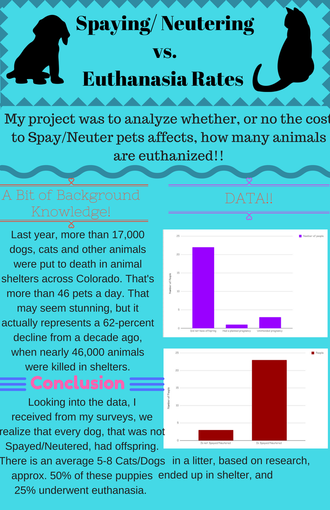 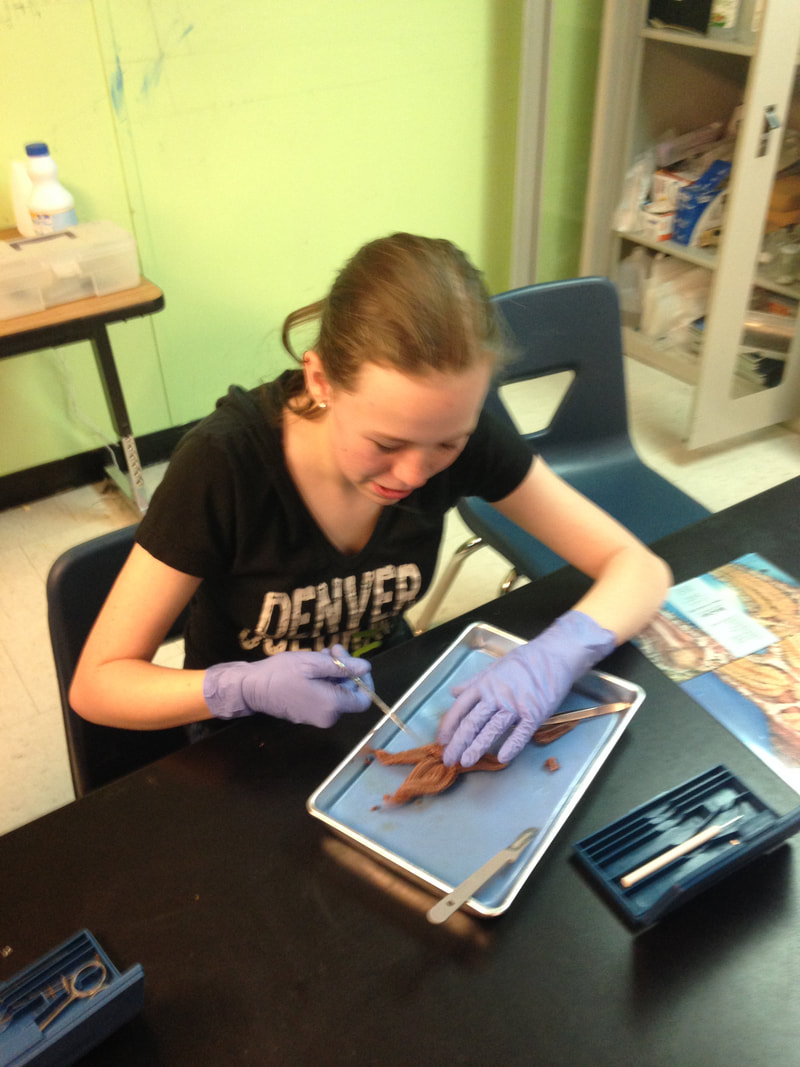 My Dissection:
Sea Star (A.K.A. Starfish)

Facts about Sea Stars:
Feeding :
Because of this ability to digest food outside the body, starfish can hunt prey much larger than their mouths. Their diets include clams and oysters, arthropods, small fish and gastropod molluscs. Some starfish are not pure carnivores, supplementing their diets with algae or organic detritus.
Lifestages:
Sea Stars can live up to 35 years in the wild!
Starfish engage in external fertilization through a process known as spawning. To spawn, male and female starfish release eggs and sperm from their bodies. they quickly become bilaterally symmetrical larvae, called bipinnaria. they develop radial symmetry and begin metamorphosing into adults.
Ecosystem:
Habitats range from coral reefs, rocky shores, tidal pools, mud, and sand to kelp forests, seagrass meadows, and the deep-sea floor.